Busy As A Whole Hive of Bees plus a little Stitching

Remodeling and rebuilding on the house and now the excitement of finally having begun training for my new job! This has been such a busy time I sometimes feel as if I scarcely have time to think about stitching, much less do any.

But I did manage to finish a small piece during the HAEDless SAL. I do enjoy this stitch along because it helps me to focus on what I need to be doing.

Here are before and after pics of my little kit A Family is a Circle of Love from Dimensions. 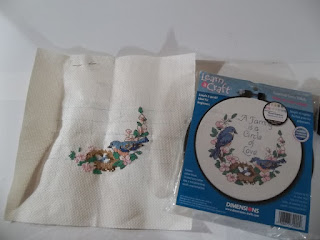 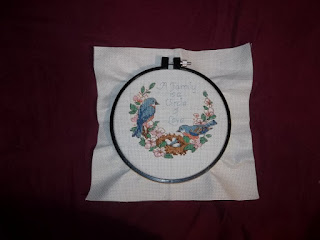 Reviewing the kit:
I enjoyed stitching this, even though at the end I realized that the light blue and the dark blue strands provided were off. It appears that the two were mixed up as far as amount goes. I could have written and asked for more of the dark blue to do the writing but I just used the light blue. I could also have pulled some from my stash. It actually shows up much better than in this pic so I'm not bothered by it.
The kit came with everything needed, including the black frame to hang the pic with and a needle. In the future I will remember to check the strands against the supply list before I begin. I almost always do but this was such a small kit I skipped that step and didn't realize until the end that there was too much lt. blue and not enough dk. blue. Other than that it was a fun kit and I like the result. The directions were easy to follow. I will probably hang it in our bathroom if the bathroom is ever finished!

I've received a couple of great charts lately that you haven't seen so I'm going to share pics here. I usually don't mention names because I never think to ask if the person gifting it minds until I'm sitting here typing.
One is SK Spider Queen from HAED.

Isn't she divine? And very hard to resist I might add!

Another is QS Treasure Quest: 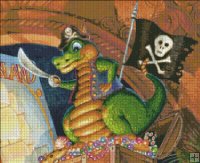 I hadn't thought I would do a Spangler any time soon but he is just so cute!
Now this next one was a surprise from Prunella Puddlejump: 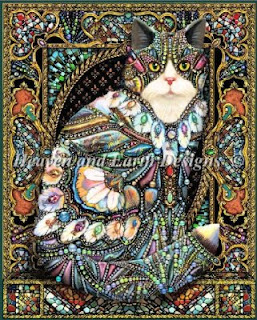 I have no words to say how Much I want to stitch this one! And there is another, sort of a companion piece that I would love to have as well.

Now this last one may or may not be a new start for me at the end of June as part of a SAL. Owl in a Poppy field. Depends on finances really, and time. But it is a cutie. What do you think? 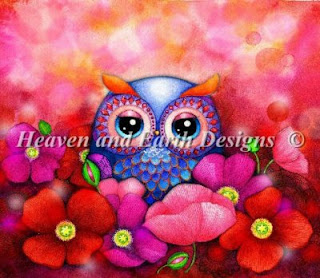 I may ask if I can stitch the smaller and less expensive to kit up QS Treasure Quest instead, finances allowing of course. But I just love the colors and the owl is captivating.

So, I'm basically saying I have almost no time to stitch at the moment and all of these beauties tempting me on!
I should also note that all of these are Heaven and Earth (HAED) designs and are available here if you are interested in any of them for yourself.

No sewing since I no longer have a sewing space and I'm unsure when I'll be able to set something up again, but I've several pieces I'm looking forward to sewing when I do. There is a dress from the Colette book and I still have that retro pattern and the purple denim waiting for life to settle down again.
Don't you just love having things to look forward to?

Happy stitching until next time.
Karen

I love that Sk Spider Queen.. I will be purchasing it soon, I just know it. Good luck with your training for your new job... I just know you will do fine

It's to bad our hands can't work as fast our heads hey? lol. Great charts:)

Melinda, Isn't she great? Thank you for the good luck wishes, I'm sure I need them.

Sharine that is is the truth! Or maybe not, I'd run out of wall space!

Love the finish! I love that you work these huge patterns and get just as excited about the small ones. It shows a true love of stitching.
And your new charts! You must be delighted. How on earth do you decided which you want to start first?

I love your little finish. I've seen this kit a number of times and thought it would be fun.

Even though I choose not to buy patterns from that company I must say that you have acquired some beautiful charts.

Super new stash and such a very pretty finish.

Thanks Liz, it was fun to stitch.
Julie, thanks. Sometimes it feels good to have a finish, especially when you aren't getting very much stitching time. And the stash additions are always thrilling!

Oh my goodness! We have some of the same WIP's! Have the Family Circle, Poppy owl and Have the dull sized Treasure Quest. Love Spanglers Draglings and chocolate!

Deb, its so fun and exciting to see others stitching the charts you love. Really looking forward to all of the stitching to come.