Stitching and a Movie: Abondoned Mine

Yep, I actually managed to squeeze it in.
I chose a movie on Netflix and sat down with Mini Cheshire Cat.
I'd actually kitted it up over a year ago and started it with only a few stitches on April 3. Of 2013! I never got back to it and decided it needed some love.
I'm glad I picked a black and white project. It sort of went with the movie.
I'm rating the movie by the stitchability factor.

A bunch of teens/young adults get together for Halloween and decide to spend Halloween night at an abandoned mine that is supposed to be haunted.
What could possibly go wrong?
Don't teenagers watch horror movies? You'd think they would know better!
This movie wasn't good, but it wasn't bad either.
On the down side it was a little too dark in places to see the action. Otherwise it had all of the usual  horror movie ingredients, but without nudity or gratuitous sex scenes. So thumbs up for being able to watch it with your family. There was a little suspense and one gross scene. The Indian character provides some mild comic relief, though sometimes you just feel like he is being harassed. The ending wasn't exactly surprising but it wasn't one of those that leave you asking "Did I miss something?" either, which seems to be a trend lately.

Stitchability factor is ***1/2. If not for the dark scenes and having to look up occasionally it would be higher.
Here is the progress on Mini Cheshire Cat. 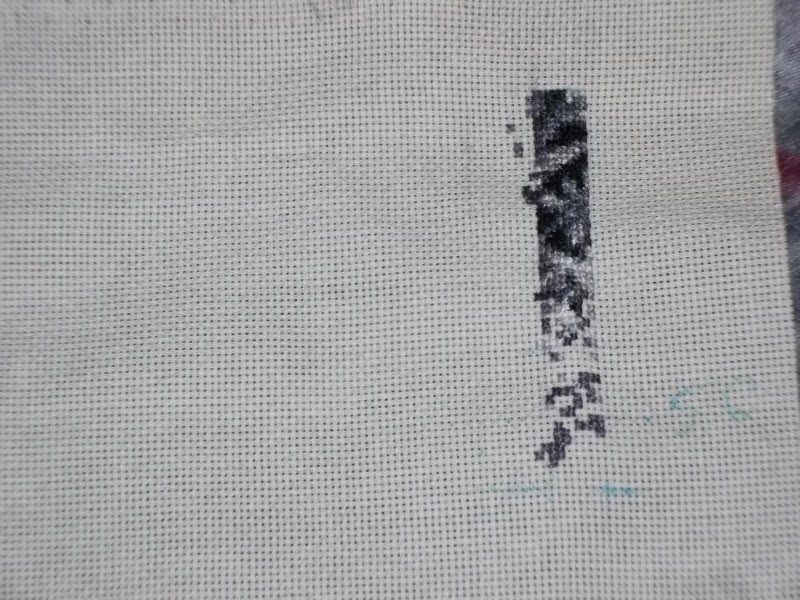 Until next time Happy Stitching!
Karen

Sharine, it was okay, I'm more interested in the stitching possibilities of sitting down for 1-2 hours to stitch, than in the movie itself. Obviously if it is something I've seen before it will be easier to stitch while watching.

So glad to hear you managed to get in some relaxing time with a movie and some stitching. Great progress.