The Lord's Prayer from My Big Toe Designs

So, with my stitching going so slowly I was feeling a bit overwhelmed with all the color changes in my usual projects. The haed BB sal didn't have as many as some of my charts but I was most definitely putting pressure on myself. I decided that after I finished the first row I would start something less challenging, color change wise. Since The Lord's prayer has been on my 'I want to work it' list for at least two years, well now seemed like the time.
Here are a few pictures. 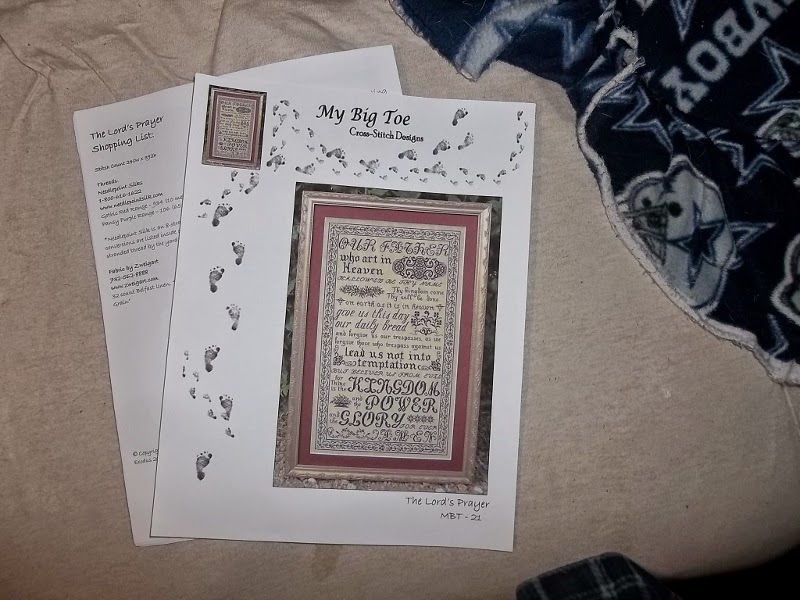 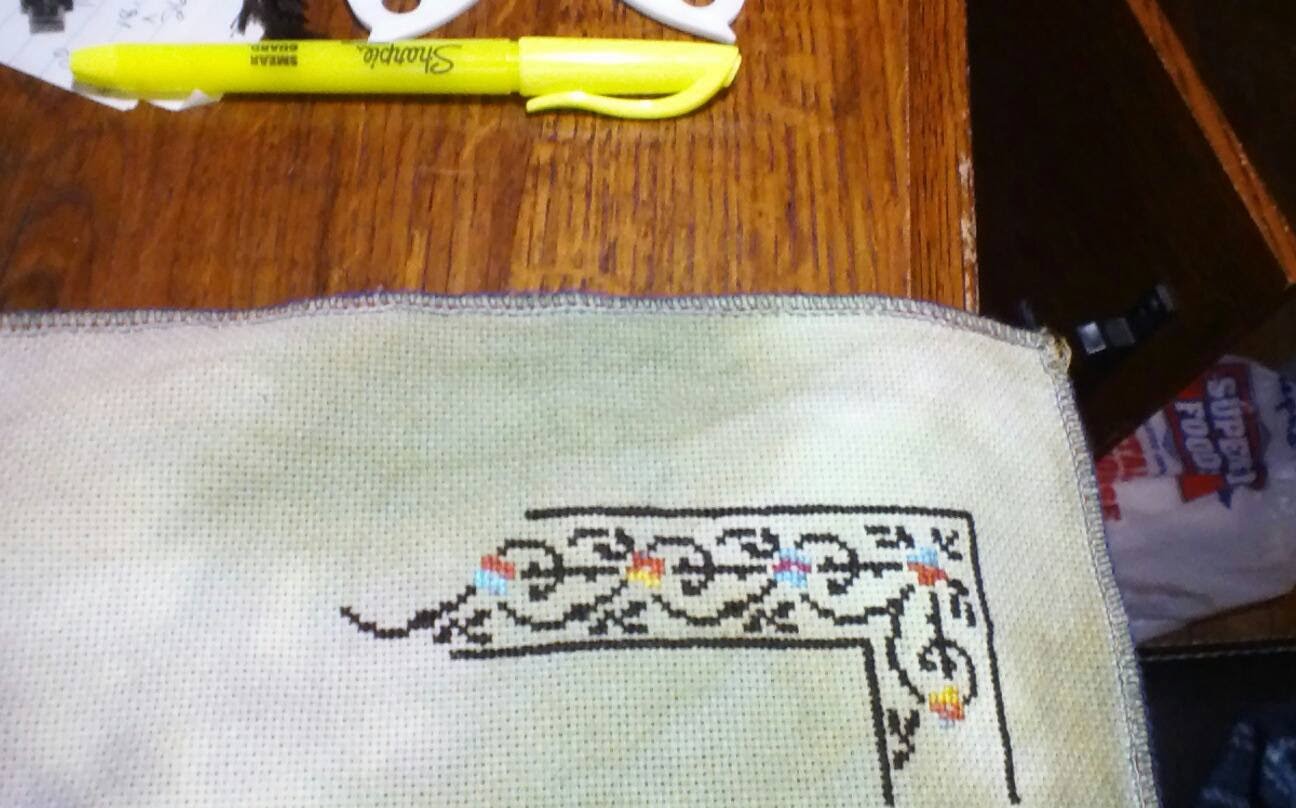 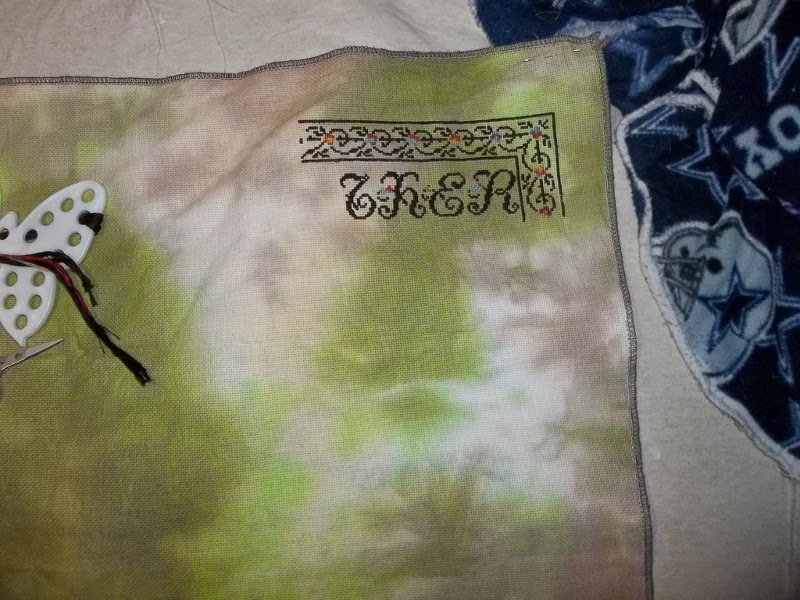 The second wip picture gives a more accurate view of the colors.
The brown is DMC and the overdyed is Sullivans. I am loving how these look together, though at first I was hesitant and asked for opinions from my stitchy group. So glad to have found the Sullivan's and thought to try it.
By the way, I got this from 123Stitch.com along with Dog Lesson's for people. It was a toss up which I would start, but I decided to go with the fewest color changes!

In other stitching news, two new charts! Yes, I know. But once again an artist is being retired and for the first time in a good while I had fun money, so: 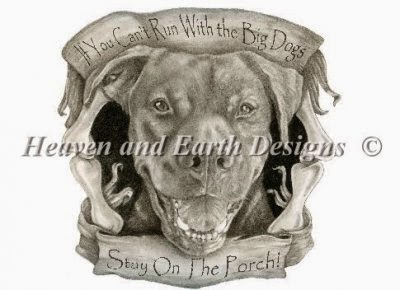 Run with the Big Dogs, by Sandy Brooks. 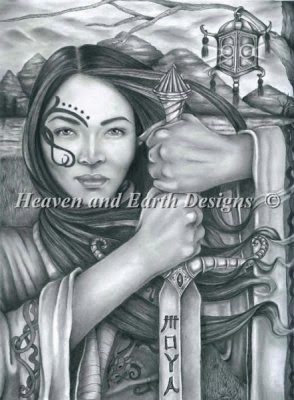 And Moya, also by Brooks.

Yes, more black and whites! Both are available from Heaven and Earth Designs through 01/26/2015, but the artist is retiring so if you are interested you may need hurry. Luckily there is a half price sale on, and who could resist that?

Still, I've been amazingly blessed with stash this past year and my plan for 2015 isn't to add to it, but to pass along some of the many kindnesses I've been the recipient of. I've already started and that feels nice for me, and I hope for the people I am giving to. I've been able to forward a few of my old magazines to those looking for a particular chart, and even gift a chart or two. I'm hoping to continue in that vein throughout the year.
I plan to keep on with my turtle pace stitching and will update you when I have something to show.
Just realized I forgot to take a picture of Live, Love, Laugh again.
Next time.

Great new start and the colors are beautiful:)

The Lord's Prayer is looking fantastic so far, especially on that fabric. Hopefully your new charts will make you less stressed about colour changes too. :)

You've made a great start! The colours look lovely and I'm sure it'll look amazing when finished.

You've picked out some really nice charts, I'm considering "Zeus" myself. I'm not sure I'd ever stitch it but I would probably kick myself if I didn't buy it when it's available! However, there are other charts that will be definitely be sneaking into my basket along with him!

Thank you. Zeus is quite tempting. I am finding it easier to work without so many color changes right now. My hope is that my left arm will strengthen over time, and feel less awkward to stitch with.

I love the colours you have chosen for the Lord's Prayer. That looks amazing so far. I think it's a perfect match with your threads and fabric. Yep who could resist the half price sale. I went a little crazy.
Great charts!
xo Alicia