The Futility Of Resistance....

I won't quibble about it.
Nikki sent me this: 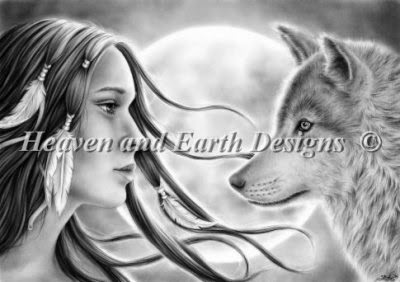 Wolf, girl, black and white, just an all around perfect chart for me.It is titled Mini Crossing Spirits by Nielsen.
I found fabric, I had all of the floss colors but 3.
I felt virtuous for deciding it would be my Christmas new start.
Yeah, I caved and started it yesterday.
My only explanation? I was off work and home alone.

I had a twinge of guilt after announcing I was only having two new starts in the first 6 months of 2015. then I realized it wasn't 2015 yet, I could have a start every day if I liked. Yes, stitchy thinking, totally self involved. lol.
The chart is available here.
Here is my first progress. There are 4 or 5 shades of gray (grey to our UK and Aussi friends) and a bit of black, though it is hard to tell from this photo. Also I started in the upper left, I don't know why, it was an accident, I much prefer the upper right. No matter, I'll just go with it. And btw, this picture is terrible. It looks perfectly fine in real life, I promise! 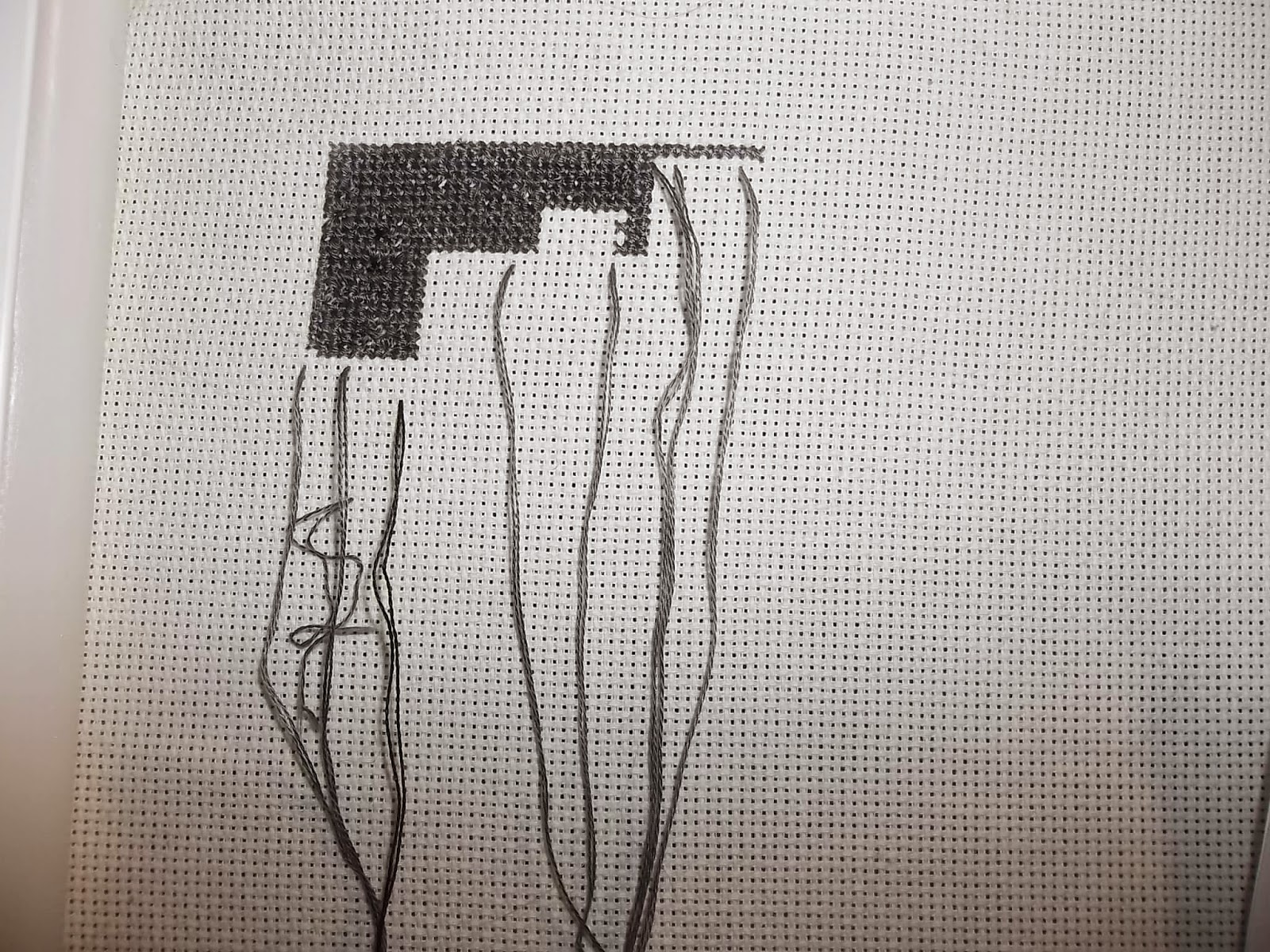 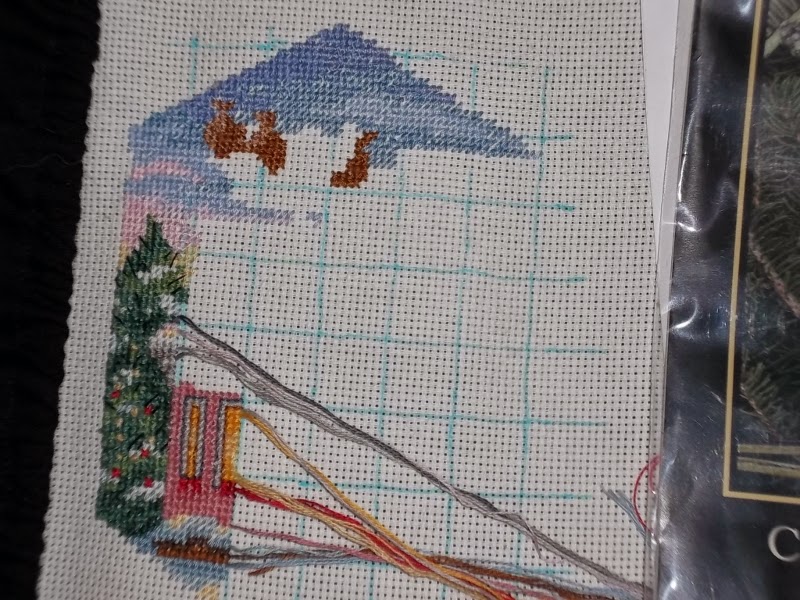 That isn't all of the cross stitching for this section, I went back and added some more but I'm too lazy to go pull it out for a picture with so little more to show. 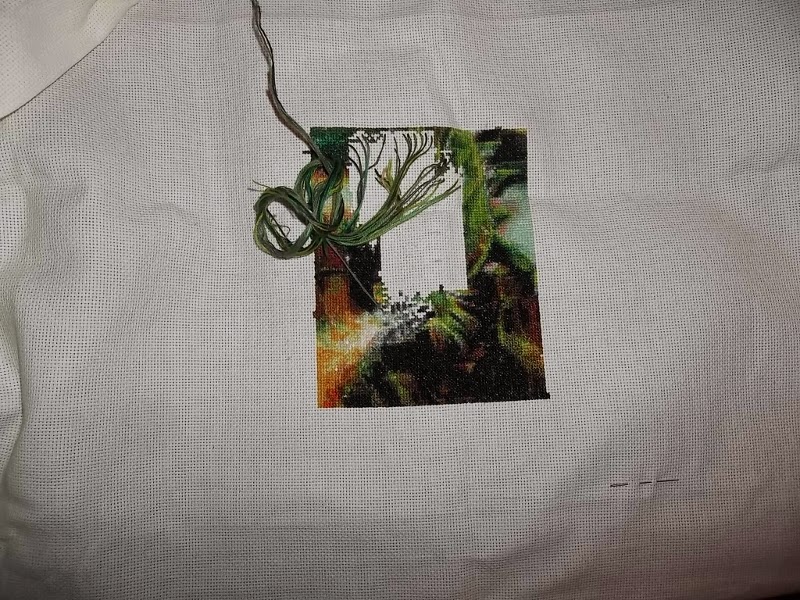 Still on my first page, which is the center page of the chart. I'm sort of wishing I'd started in one of the corners, mainly because I can't decide which direction I want to stitch in.

Lastly, Mini The Black got fixed up and it only took a short time. I will post an update pic at a later time, because for some reason it won't load for me right now!

Until next time
Happy stitching my friends!

Beautiful new design. The new year will be here in the blink of an eye if this years been anything to go by...

That Nikki is a naughty little pixie! She's become quite the enabler! Lovely start though and great work with the progress. It doesn't matter how fast or slow the stitching is, it's about enjoying it!