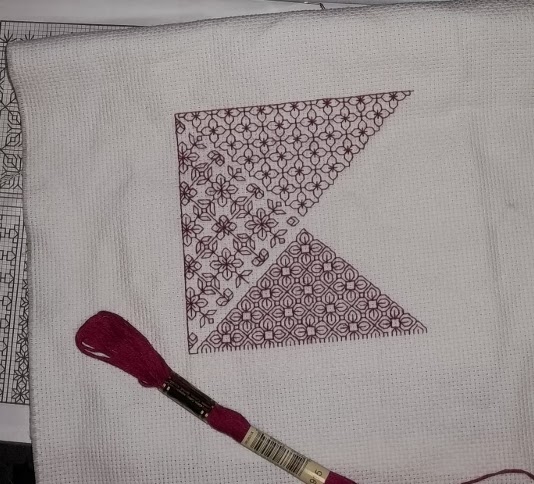 The redwork is very pretty indeed, I have the same problem with my furbabies as they have to investigate EVERYTHING!

It is fun and looks so delicate Julie. Thea, the puppies and I are still working out the whole 'Mom is stitching so you can't sit in her lap' thing. and at 60 and 40 pounds, I'm hoping they'll stop trying to sit it in at all!

Your red(black)work looks great! I really like the stitches, they coordinate well.

I occasionally stitch while my rats are out playing. I don't let them touch the fabric but I do often get little tugs on the thread when my hand is underneath the fabric. :)